Celebrating the International Day of Women and Girls in Science 2021

Implemented by UNESCO, this day is celebrated every year on 11 February to promote women and girls in science, and promote full and equal access to, and participation in, science for women and girls. To mark the day, we asked two of PREMSTEM's female researchers for their reflections of being a woman undertaking a career in science.

What advice would you give to a girl considering a science career?

Don’t think you cannot combine a science career with a family because you can. I do that and I have many female colleagues who do that too!

Was there a specific moment or occasion in your life which made you think, ‘Yes, I want to be a scientist!’?

From when I was very small I always wanted to understand how the world worked. I wanted to know why the grass was green and not blue, for example, and what my hair was made up of. There was not a specific moment in time that I wanted to be a scientist but my interest in science was there from when I was a kid and led me to decide to study chemistry. While doing the study I realised I loved being a researcher and I have been a researcher ever since.

Why do we need more girls and women in science?

Half of the world’s population is women, but women only represent 30% of the world’s researchers. Women scientists face many obstacles to be recognised as pioneers and rarely gain the appreciation that they deserve.

We all know Einstein, Tesla and Newton. There are lots of documentaries dedicated to their ground-breaking inventions. But how about Lise Melter or Nettie Stevens, or the many other successful women scientists that no one has ever heard of? Why are these not household names?

Lise Meitner was an Austrian-Swedish physicist living in a time when women were not allowed to enter higher education. Despite such an obstacle, her dedication to science led to her become the second woman with a doctorate degree.

She and her colleague, Otto Hahn, discovered several elements and isotypes together, as well as the concept of nuclear fission. When it came to the award of the Nobel Prize in Chemistry for this discovery, however, the acknowledgments went solely to Meitner’s male collaborator.

Another example of a pioneer scientist is Nettie Maria Stevens. She deduced that an organism’s sex was dictated by its chromosomes. She proved that males produce sperm with X and Y chromosomes, and females make reproductive cells with only X chromosomes. A fellow researcher had done similar work but arrived to the same conclusion after Stevens, who was not even recognised after her discovery. Stevens was a victim of being a woman researcher in science.

My last example is more contemporary. As many of us are experiencing the severe effects of the coronavirus pandemic, scientists have been trying their best to develop a vaccine as a remedy. The devotion of the couple doctor-scientists, Professor Dr Uğur Şahin and Dr Özlem Türeci led to the development of the coronavirus vaccine over a relatively short period of time, thanks to a new technology.

The married couple developed a vaccine using a revolutionary new technology called mRNA technology. The success of the couple acquired major interest from diverse media organisations worldwide and world leaders congratulated them on their accomplishment. They were portrayed on the cover of The Times magazine.

While they have been mostly given equal credit, a few members of the Turkish media referred to the success of these two brilliant minds as the success of ‘Professor Dr Uğur Şahin and his wife’. As an eager Turkish woman scientist, I was terrified by this interpretation. This statement also came to the attention and led to protests from the public and scientists in the field. After many opposing arguments and objections, the Turkish media rephrased the headline as it should have been in the first place: ‘Two scientists, Professor Dr Uğur Şahin and Dr Özlem Türeci…’.

This last case proves that history repeats itself and regardless of the century, achievements of women are prone to be neglected. The scientists named above are not the only ones who have contributed to our scientific heritage. All these women had one thing in common: their passion for scientific discovery. We need to make sure that women brainpower is not overlooked. In this way we can be role models for the next generation to be pioneers and make discoveries that could change the world! 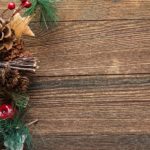 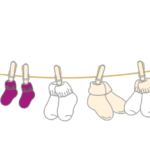 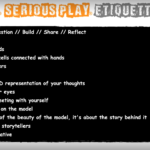 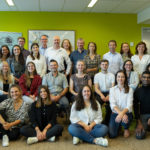